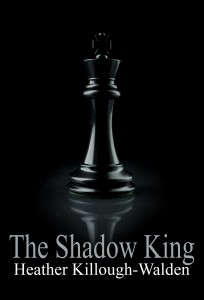 Beyond the Twixt, just past the Unlit Forest lies a realm so dark and so dangerous, it has been cut off from the mortal world for thousands of years. Those who venture into it are two-dimensional, without form, and all too often never return. They are the shadows – seven billion strong.
One man rules over this vast and treacherous world. Keeran Pitch has resided as sovereign over the Shadow Realm for millennia. But the tremendous responsibility he has been tasked with is a lonely one, especially for someone with secrets as dark and treacherous as his.

Violet Kellen is one of two Tuath unseelie fae to have studied the art of dark magic to become a warlock, and now she must use those skills to save the other one – her sister. Deep in the heart of the Shadow Realm waits the Dark, a place so forbidden and unreachable, she has been able to learn very little about her dangerous destination. But she attempts the rescue anyway. And when she does, she is thrust into a world she didn’t count on – and into the arms of a dark savior who creates in her a fierce and merciless desire nearly as powerful as his own.

The Shadow King is the seventh book in the best selling 13-book series, The Kings, spin-off of the NYT and USA Today bestselling paranormal romance series, The Big Bad Wolf, by Heather Killough-Walden.